In this article, we outline some uncomfortable truths that a neighbourhood drug dealer won’t be in any hurry to reveal – and the reality can be just as painful as the misery they spread through their illegal activities.

Remember: there’s something you can do 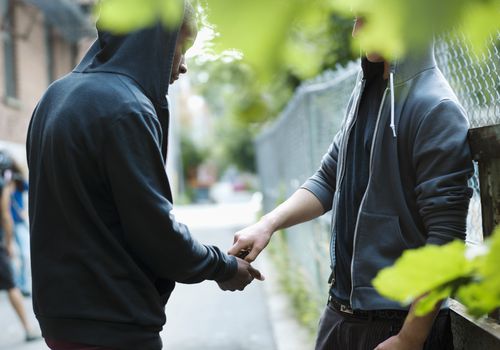 Let’s not kid ourselves about the damage that drug dealers continue to cause in our communities. Sitting back and watching drug dealers destroy the lives of the people you care about should not be an option.

Although we are not an investigative body, Crime Stoppers is a trusted, independent link between law enforcement and the community. Rest assured, we do not have call display or call-trace on any of our telephones, and we do not record any calls or log an IP address if using our online secure tip submission form.

You are under no obligation to share any personal details (and are discouraged from doing so), and the information you provide can be nothing more than a suspicion. Even the smallest piece of information can make all the difference to law enforcement investigators.

The public plays an important role in helping to reduce, prevent and solve crime, including the trafficking of illegal drugs. Anyone with information about, or who suspects, illegal drug activity in their neighbourhood is asked to contact their local police. Information can also be provided anonymously through Crime Stoppers at 1-800-222-TIPS (8477), by downloading the secure P3 Mobile App, or by Secure Web Tips at www.crimenb.ca

Here are five things worth thinking about…

If you are in an emergency situation, call 9-1-1 or go to your local emergency department

How to get help