RCMP investigating disappearance of Brayden Joseph Thibault as a homicide 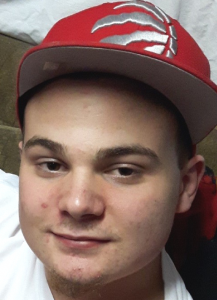 New Brunswick RCMP’s Major Crime Unit is investigating the 2017 disappearance of Brayden Thibault as a homicide.

The 17-year-old St. Stephen boy was last seen on the afternoon of July 31, 2017, on Gibson Street on Fredericton’s northside. Police have been following many investigative leads and had previously stated that his disappearance was considered suspicious.

“We believe, through our investigation, that Brayden is deceased. We want to bring him home and give some sense of closure to his family,” says Cpl. Jullie Rogers-Marsh of the New Brunswick RCMP. “We know there are people who know what happened to Brayden and where his remains are located. We know there are people who may have heard others talking about what happened to Brayden. There are ways to provide that information confidentially. We are asking those people to do the right thing and contact police or Crime Stoppers.”

The family of missing 17-year-old St. Stephen boy Brayden Joseph Thibault has issued a video appeal for information that leads to finding him. The video was recorded by Brayden’s mother, Amanda Frigault, and is being shared by the New Brunswick RCMP.

“If you have any information about what’s happened to my son, or where he is, please contact the police or Crime Stoppers,” she says in the video. “Please help them find Brayden, help them bring him home.” 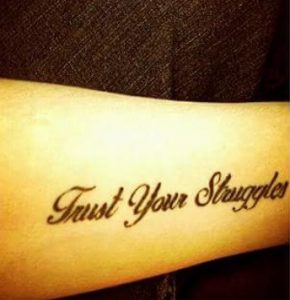 Brayden Thibault is described as 5’8″ tall, weighing approximately 160 lbs, with short brown hair and brown eyes. He has a tattoo on his inner left arm that reads, “Trust your struggles.”

“We know there are people out there who know what happened to Brayden Thibault, and we want them to see this video,” says Cpl. Jullie Rogers-Marsh of the New Brunswick RCMP. “Please share it as much as you can so we can reach the people who have information that can help bring Brayden home.”

Anyone with information about the whereabouts of Brayden Thibault, or who may have seen him after July 31, 2017 is asked to contact the New Brunswick RCMP’s Major Crime Unit at 506-452-3491. Information can also be provided anonymously through Crime Stoppers Secure Web Tips at www.crimenb.ca or by calling 1-800-222-TIPS (8477).

There are 3 ways to submit an anonymous tip to Crime Stoppers:
TALK: Call us toll-free 1-800-222-TIPS (8477)
TYPE: www.crimenb.ca/tips or directly at www.crimetip.ca
TAP: Download our P3™ Mobile App for Apple™ or Android™ devices